MATV Systems – Know more about them

Master Antenna Television systems, or MATV systems for short, is a system that allows multiple receivers (including TV and FM Radio) to receive signals from one antenna, the master antenna, as opposed to a single antenna for each dwelling.

An MATV system is made out of two separate areas, the Head End and the Distribution System. By properly designing and implementing both areas of the system, using the appropriate MATV equipment and installation techniques, the signals will be distributed throughout the system without a loss of signal quality. 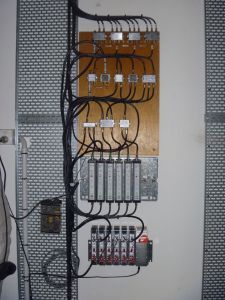 An example of an MATV system

When a signal passes through the MATV system’s components and cable  it will have a depreciated level.  You need to make sure your levels don’t depreciate too much you will lose your high quality of the signal.

Signal quality is built up of signal level, system noise and headroom. The system noise needs to be kept low  but have a high signal level. The caveat to this is that the signal level can’t be too high as it can overdrive the equipment.

To simplify MATV design, noise and signal level’s can be expressed in Decibels.

Decibels are added and subtracted, not multiplied and divided. A decibel was derived originally from a formula used by telephone engineers and is 1/10 of a bel.

The decibel is a way to indicate how many times larger or smaller a quantity is from the reference level. This relationship between dB levels is logarithmic and not linear. For example:

The zero reference level is 1 microvolts measured across 75 Ohms of impedance. The minimum signal of 1,000 microvolts is required to produce an acceptable picture on the television which is approximately equal to 50dB?V.

To determine an amplifier output and any system losses, decibels are added and subtracted. Values that expressed in dB are:

For a good quality signal, the minimum is typically expressed as 60dB?V (though most televisions will work with a signal as small as 50dB?V). Working to the level of 0sBmV will provide a tolerance to small variations in signal. When the signal is then fed into a television, it should be kept below 70dB?V.

For audio and video signals to be transmitted over a portion of the available bandwidth, the signals need to be modulated onto carrier signals within a fixed bandwidth. In Australia for instance, the standard bandwidth is 7MHz, known more commonly as a channel.

When a TV is tuned to a particular channel. it is not tuned into a single frequency but instead a 7MHz bandwidth where the audio and video information is retrieved.

The Head End of the MATV system consists of an antenna which receives broadcast signals, processing equipment to filter all the signals and a distribution amplifier to increase the signals to compensate for any distribution loss.

The reception of the TV can be no better than the quality of the signal from the antenna.
You need to make sure you have the correct antenna for the intended location if you want the best quality.
Antenna manufacturers produce detailed maps and the preferred antenna types based on the location. A proper MATV systems designer and installer carry test equipment to ensure that antenna placement and orientation is optimal.

The strength and quality of any signal is determined by:

An antenna install should put out at least 60dB (or 0dBmV) of picture signal per channel at the amplifier input.

In good signal areas, this will be relatively easy to obtain. In weaker signal areas, a larger antenna that has high gain will be a usual necessity.

Determining signal levels is one of the most vital parts of a Head-End design and performing a signal survey before installing the system can avoid a lot of problems later down the line.

Outfitted with an antenna, sections of mast, field strength meter and portable TV a tech can carry out a signal survey. With the field strength meter, the amount of signal received, on each channel, can be measured. Take time in selecting the antenna as it can also do a lot to overcome certain types of interference. With the portable tv, the tech is able to determine the end quality of the signal received will be.

In the case of a weaker signal area, you may need to amplify the signal, using a distribution amplifier. This will make sure a signal, with enough strength and acceptable, quality is received. This is done with a Masthead Amplifier.

Splitters and taps have a set signal level and maintain the correct impedance to each of the outputs. Calculation of losses associated with splitters, drop taps and cable are required in order to keep a quality signal.

Each outlet has a defined amount of required signal level with a recommendation for maximum cable runs. Splitters and taps provide the same signal quality to each outlet, as long as design recommendations are implemented.

With many different signals received by the antenna, there can be a varying range of signal levels. To get the same picture quality on all channels, these signal levels need to be equalised. This prevents the stronger signals from overriding the weaker signals. This type of equalisation happens when you use attenuators which can reduce the stronger signals by specified amounts.

Attenuators can be fixed or variable, with the fixed attenuators designed for one specific level and the variable being switchable so that the signals can be reduced in increments to the required level.

Attenuators reduce the signals that pass through it by the same amount. Frequencies that need reducing have to be separated from the rest of the signals, so only the stronger signals are getting passed.

A certain amount of signal will be lost as it travels through the coaxial cable. This loss depends on the type of cable used and the frequency of the signal being carried.

When a two-way splitter is inserted in-line, the signal in each leg will be about 3.5dB?V less than that of the main line. If a 4-way splitter is interested in-line, the signal in each leg is 6.5dB?V less than that in the main line. The signal sent to each branch of the system will be equal to the signal sent into the splitter minus the splitter loss. That is, an input of 70dB?V minus 3.5dB?V splitter losses, or 66.5 dB?V to each branch of the system.

For the initial calculation, the tap-off values and the insertion losses are estimated as the output of the amplifier and will influence the final selection.

Each tap-off attenuates the signal by a specified number of dB to prevent one set from interfering with another. For example, if there is an 80dB?V signal in the line, and a 20dB drop tap is inserted in the line, the signal available at the tap-off would be 60dB?V. The 20dB loss is called ‘Thru’ loss. In computing the total distribution system losses, calculate the Thru Loss of the last tap-off only. Since the system design requires a minimum of 60dB?V to each set, the lowest tap value should be used. For most MATV tap-offs this value is either 10 or 12dB.

We design a wide range of MATV SYSTEMS 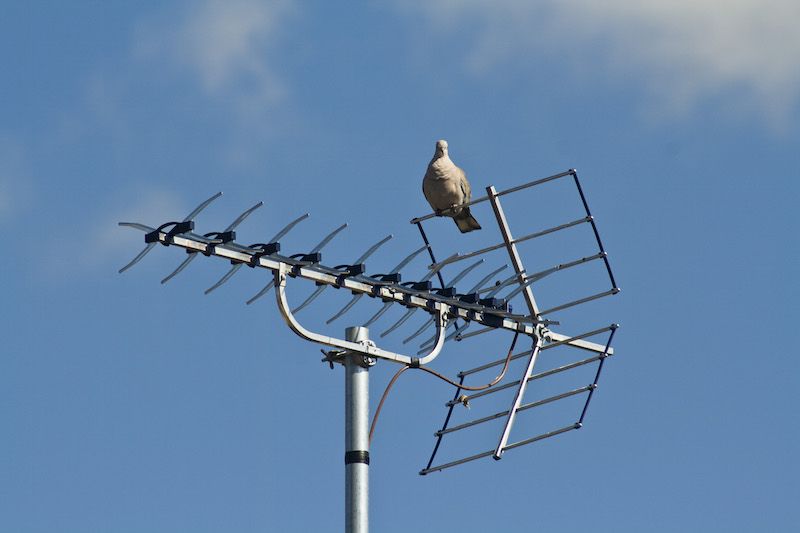 Are your experiencing Reception Problems?